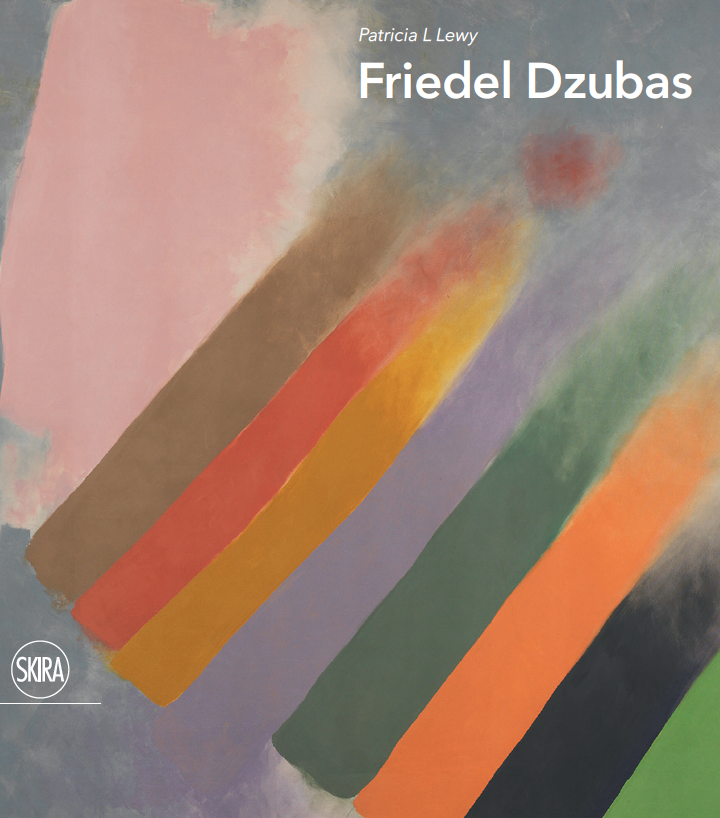 Friedel Dzubas presents the first scholarly monograph on the German-born American artist whose works display a mastery of color, light, and scale. Celebrated for his monumental, luminous color abstractions, Dzubas has nonetheless been marginalized by misclassification. Often grouped with Color Field artists of the mid-to later-twentieth century, this richly illustrated volume asserts the artist’s singular ties to historical painterly handling and pictorial structure—from the animating brush work of Titian to the light-filled, narrative frescoes by Giambattista Tiepolo. Even more, Dzubas’s abiding ambition to express pictorially his sources of spiritual inspiration in religious allegory and landscape mark his achievement as unique among his contemporaries. 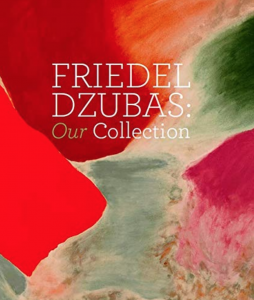 Friedel Dzubas: Our Collection presents for the first time an unparalleled group of forty-four paintings by Dzubas gathered by Ira A Lipman over a thirty-eight-year period—the largest collection of Dzubas works anywhere in the world. These paintings range from the early years of Dzubas’s professional successes in 1959 to the final flowering in the 1990s of a nearly five-decade career of immense productivity. Ira A Lipman has been passionate about art since his first purchase of artwork as a teenager. An astute collector of works by early European modernists, he was attracted to the abstract paintings of German-born American artist Friedel Dzubas (1915-1994) because of his expressive use of color and tactile surfaces. Dzubas, an émigré from Berlin to America at the height of Nazi hegemony, entered the art world of New York in the early 1940s at a time when paintings by Jackson Pollock and art criticism by Clement Greenberg held sway. Born between artistic generations, Dzubas at first partook of the artistic freedom and American individualism of Pollock’s and Willem de Kooning’s abstract styles, known, generally, as Abstract Expressionism. Yet soon after, he evolved into a painter who emphasized simplified forms and color as the principle means of expression, a trend in painting Greenberg titled Post Painterly Abstraction (or Color Field painting). Ultimately, Dzubas would forge an independent style, producing large-scale canvases that drew for inspiration on the vast historical and religious frescos of Giambattista Tiepolo—lyrical yet roiling surfaces that featured a masterly elegance in painterly handling and compositional design.

The publication reflects Ira A Lipman’s enduring commitment to Friedel Dzubas, among the most significant artists of modernism—a modernism that while springing from a European sensibility, is informed by the vast range of American abstraction in the mid-twentieth century. A unique opportunity to view Dzubas’s artistic evolution, this publication, Friedel Dzubas: Our Collection, also speaks to the exceptional personal commitment by Mr. Lipman to this intensely passionate artist, whose viscerally-charged color abstractions are here made available to a wider public.

Big Redux: Friedel Dzubas “Mural Paintings” was a recent exhibition at the Tower 49 Gallery (November 9, 2016 — April 2017) that exhibited for the first time in 25 years Friedel Dzubas’s gargantuan Apocalypsis cum figuras: Crossing, 1975. At nearly 60 feet in length, it is among the largest continuous-weave abstract paintings created in the latter half of the 20th century. Commissioned by Lewis P. Cabot for the Shawmut National Bank of Boston in 1975, Crossing had been considered “lost” after it was de-installed at the bank’s closing in 1991. It was finally rediscovered in 2014, in the Collection of the Bank of America Corporation, and generously loaned for this exhibition.

Dzubas referred to Crossing specifically as a “mural painting,” but this hybrid category could just as well refer to the beauty and complexity of all of the works on display, for their expanses run from 17 to 25 feet in length. Artist Jackson Pollock in referring to his own “mural painting,” spoke for Dzubas’s mature aesthetic when in 1943 he stated “The direction that painting seems to be taking here is away from the easel, into some sort, some kind of wall-painting…. “Well, yes, [my canvases] are an impractical size – 9 by 18 feet. But I enjoy working big, and whenever I have a chance, I do it whether it’s practical or not.”

Friedel Dzubas’s large-scale colorscapes are celebrated as much for their arresting expressivity as for their massed dynamic shapes and dramatic coloration. In an astonishingly prolific career that spanned nearly five decades, Dzubas created a unique form of abstraction – fluid and roiling flights of color that extended the visual vocabulary of Post Painterly Abstraction or what came to be called Color Field painting. Drawing on the bold asymmetries and architectonic structures that signal the expansive canvases and monumental frescoes that inspired him – from Paolo Veronese to Giovanni Battista Tiepolo to Franz Anton Maulbertsch – Dzubas’s resplendent art folds into its surfaces the floating, luminous spaces and rhythmic agitations that characterize art works from the late Renaissance to the Rococo.

While startling pigments of 19th-century German Expressionist painters had affected his palette choices from an early age, a further animating influence on Dzubas’s achievements are the vigorous painterly gestures and the monumental scale of canvases by American Abstract Expressionists from the 1940s and 1950s to which he was exposed upon first arriving in America in 1939. This freedom of expressive markings, seemingly without traditional precedent, opened onto Dzubas’s own innate feeling for the intense hues and loose linearity that define his signature style in the 1950s. Under the sway of Post Painterly Abstraction in the 1960s, Dzubas created exquisitely rendered clean-edged pools of discrete chroma, which by the 1970s had exploded into vast processions of turbulent color fields – great phalanxes of contrasting hues that travel across the surface with unparalleled directional force reminiscent of the abandon with which Jackson Pollock, a friend and an early inspiration, deployed his artistic materials in all-over expressive gestures.